It was 7:30 pm. A cool breeze gusted across her face. The intensity of the breeze kept increasing and eventually it poured cats and dogs. Everyone at the beach were taken by surprise as November rains were not a usual occurrence in Mumbai.  People started running helter-skelter to find a dry area. Most of them ran towards eateries at the entrance of the beach. There wasn’t enough room to accommodate a thousand plus people at the eateries. Being a weekend, the quantum of rush was pretty dense.

Rita was scared as she had ventured out all alone. She was a resident of Chandigarh and was in Mumbai for some official meetings. She was staying with her relatives at Kandivali, and was going to catch the return flight the next morning.

For about 2 hours the torrential rains did not cease to descend. Most of the people were drenched and were hoping for the weather to normalize. Rita had nothing to do but stand in anticipation for the rains to halt. For a couple of hours, life had come to a grinding halt. She had all the time in the world to observe things around her.

She saw a 40 year old lady – Bhavna, jostling away to ensure that her two children could somehow fit below a tattered roof so that they wouldn’t get wet. There was not enough room for Bhavna to fit below the roof but she ensured her children were taken care of! The children kept pleading with their mummy to move inside lest she get wet.

Twenty feet away Rita saw two puppies struggling to get below a tattered sack lying on the sand. But what she saw after that amazed her. An old uncle, Mr. Sharma helped them get inside the sack. He had adopted them just last month and the puppies were barely 3 months old. He did all he could to assist them but did not walk away from there, since he was scared that the puppies might get lost. Needless to say Mr. Sharma was completely drenched.

On the other side, there was a newly married young couple – Rupa and Rajesh, probably in their mid-twenties enjoying the rains. While Rajesh had removed his jacket to cover Rupa’s head, she used her dupatta to save him from getting wet. Love blossomed all around them!

Just beside Rita, a woman in her fifties – Mrs. Bhargava kept trying to call her 20 year old daughter to find out if she had reached home safely. But the mobile networks were all jammed. After a 20 minute try, she finally got through her number, and was relieved to know that her daughter was home safe and sound.

When it finally stopped pouring, there was a sigh of relief amongst the people. The crowd slowly started dispersing. However, the public transport was not completely functional due to waterlogging on the roads. Rita had to travel a huge distance from Juhu to Kandivali. It was already 10 pm – and no mode of transport was available. Rita got anxious. Out of nowhere a car stopped by next to her. The car had a family of four – a couple along with their twin daughters. Mrs. Sheth saw that Rita was completely wet and offered her a drop to Kandivali since they were anyways heading towards Borivali. It took them 2 hours to reach Kandivali, but Rita had a great time with Namisha and Tanisha – the adorable 5 year old twins who addressed her as ‘didi’.

Rita retired to bed post dinner and started reliving the evening experience at the beach. She visualized Mrs. Bhavna fighting the rains to ensure her children don’t get wet. She envisioned         Mr. Sharma safeguarding the young puppies below the sack even though he was getting drenched himself. She imagined Rupa and Rajesh romancing the rains and each other! She heard Mrs. Bhargava speaking to her daughter, and saw tears roll down her cheeks when she found out that she had reached home safe. She imagined herself in the car along with Namisha, Tanisha and Mrs. & Mr. Sheth.

Rita wept profusely with gratitude in her heart. She felt unconditional love envelope her. Mrs. Bhavna, Mr. Sharma, Rupa – Rajesh, Mrs. Bhargava and finally the Sheth family. Each of them kept aside their personal interests to ensure well-being of others. Each one had to forgo their self-esteem, their egos and individuality to provide unconditional love. They made the warmth within them shine bright as a happy radiance of love and care. “The greatest love that you can give to others is the gift of unconditional love and acceptance.” – Brian Tracy 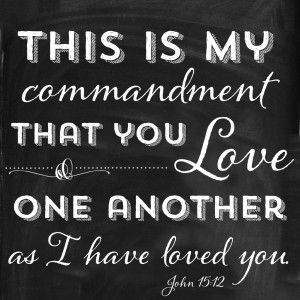 On her return flight Rita happened to sit next to Amita – a 14 year old timid girl. Amita had aerophobia – scared of flying on a flight. She kept puking at intervals of every 15 minutes. Rita knew what to do. She put her arms around the little girl, and asked her to relax. She helped her with a candy and said a little prayer for Amita. This made things very comfortable for Amita and the rest of the flight was very comfortable. Rita knew the universe was sending her signals to help. It was Rita’s chance to provide some unconditional love and she grabbed the opportunity!

On her way back home, she got chatting with the cab driver and she figured out that his son was in hospital with dengue, and was in a dire financial state. Although Rita did not have a lot of savings, she helped the driver with Rs. 1,500/.

Rita became more aware of situations around her. She became a source of positive energy for all around her. She tried making it a way of life. Needless to say the universe always returns back manifold of the energy we radiate towards it. Within 2 months, Rita was blessed with a job in a MNC with a 50% hike. She also found her soul-mate and got engaged within 6 months. She discovered her life purpose and walked the path.

“For God so loved the world, that He gave His only begotten Son, that whoever believes in Him shall not perish, but have eternal life.” – John 3:16

An evening at a Mumbai beach changed Rita’s life. But the significant point is that she understood what the universe was trying to communicate. She responded back with love and adoration. Not many people are sensitive enough to take these cues from the cosmos. Rita did. God Bless Rita!