One of the major issues being faced by the government and citizens of India is unemployment.

Yes, the above numbers are worrying, and need detailed studies, debates and discussions. While, there are many reasons for unemployment, a major factor is our education system. Over the years, we have seen our education system being diluted in many ways.

The number of schools and colleges available in India to cater to a population of 130 crores is abysmal. While the number of educational institutes in India has increased over the years, the numbers in smaller towns and villages is perturbing. Moreover, the amenities available for students and teachers/ faculty at most institutes in the villages managed by the local bodies/ municipalities/ various state governments is worrisome to say the least.

The syllabus and the education system in India are pretty much theoretical. Even at the graduate/ post graduate levels, students barely get any practical knowledge in their subjects. This leads to a gap in skill development, which is the main demand of hiring organisations/ industries.

An employability focused study in 2013, based on 150,000 engineering students in India found barely 7 per cent of them suitable for core engineering jobs. According to the HRD ministry, India has 6,214 engineering and technology institutions which are enrolling 2.9 million students. Around 1.5 million engineers are released into the job market every year. But the dismal state of higher education in India ensures that they simply do not have adequate skills to be employed.

Amidst the tens of thousands of management graduates churned out by the 5,500              B-schools in the country, only 7 per cent turn out to be employable, says a study conducted by ASSOCHAM. Except the IIMs, only a few of these management institutes are able to boast of quality management education that can help their graduates secure employment. (Source: India Today magazine)

Between 2008 and 2014, the average annual private expenditure for general education (primary level to post graduation and above) has shot up by a staggering 175% to Rs. 6,788/ per student. During the same period, the annual cost of professional and technical education has increased by 96% to Rs. 62,841/ per student. (Data: NSSO, National Sample Survey Office). Education is becoming unaffordable even for the middle class households. Despite the rising education costs, teachers are paid abysmal salaries, which discourage the best professionals from taking up academics as an occupation.

One solution which could solve the problems mentioned above is virtual/ online learning platforms. India is blessed with a booming millennial population. Millennials could be defined as those individuals born between 1980 and 2000. (Individuals born beyond 2000 are termed as Gen Z; while those born prior to 1980 are termed as Gen X; and those born between 1965 and 1980 are called baby boomers.) At 53.5 million strong, millennials in India are on track to become the largest living generation, and may make up 75 per cent of the labour market by 2025.

New technology, data analytics and social networks are some of the innumerable factors playing a huge role in shaping how millennials think, communicate, collaborate and work today. Dan Schawbel, the founder of Millennial Branding said in an interview, “Millennials understand that the future of education is online, and since they were brought up with the internet, they are prepared for that change. Education should not be a one size fits all model because everyone learns differently, regardless of age, occupation, and location. More online courses should be offered to cater to those who learn better in a virtual classroom.”

As the world becomes more virtual, it will lower costs and allow more students who couldn’t afford education, or help those unable to deal with outrageous students loans to educate themselves. More students abroad have already started opting for virtual internships. “As new modes of online higher education develop and students use technology in greater and greater numbers within and for their academic curriculum, it’s clear that the desire for relevant 21st century jobs and career experiences go hand-in-hand,” – Robin D. Richards, CEO, Internships.com. 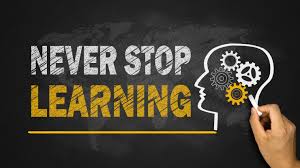 Virtual learning platforms can have benefits like accessing courseware from anywhere/ anytime (e.g. from the comfort of their homes/ offices). Depending on the kind of program, students could have synchronous/ asynchronous discussions with the faculty and co-students; and also get instant feedback on tests. Such courses also give us access to courses worldwide from the best of universities viz Cambridge, Oxford, Harvard, Stanford etc. which results in an expanded world view and does not keep us restricted to only local content.  “A happy life is one spent in learning, earning, and yearning.” – Lillian Gish

Even in the corporate world, reskilling/ retraining /up-skilling are essential to stay relevant and competitive. Young people view their present job as a tool with which to grow their career path, and highly value enhanced learning and development which is possible through virtual online learning platforms. “Success in management requires learning as fast as the world is changing.” – Warren Bennis

India is moving towards better IT Infrastructure and faster broadband connectivity at lower costs. Hopefully thigs should stabilize in the next 3 years. This is when Virtual learning programs would gain better acceptance and become an accepted norms not just with millennials and Gen Z youth, but also with Gen X and baby boomers. I’d like to leave you with 2 profound quotes to ponder upon:

“If you think education is expensive, try estimating the cost of ignorance.” — Howard Gardner

“Anyone who stops learning is old, whether at twenty or eighty.” — Henry Ford